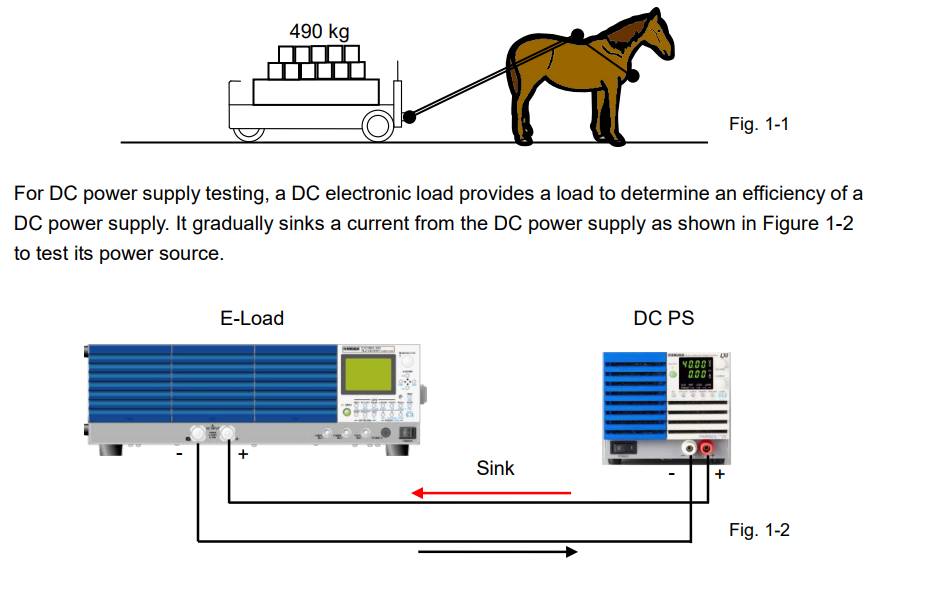 The most important aspect is that “the variable resistor can regulate the current flow in the circuit.” If the electronic load acts as a variable resistor, it means that you can control the current based on your test applications or conditions with electronic loads. Furthermore, electronic loads have a capability to provide a constant power or constant current mode, which are described in the next article.
2) Act as Variable Zener Diode
Figure 1-6 shows that the Zener diode is connected to the DUT.
Figure 1-7 shows the relationship between the voltage across the Zener diode and its current. Once the voltage reaches a certain point known as the Zener voltage (Vz), the Zener resistance dramatically decreases. The Zener diode clips any voltage that exceeds the Zener voltage (Vz). In an electronic load, you can set a voltage (equivalent to the Zener voltage) that remains constant regardless of changes to its input current (I). This set voltage is called the constant voltage (CV) and this operation is called the CV mode.

If the DUT is motor in figure 1-6, the DUT may provide a regenerative power by reversing the direction of the motor rotation and it may cause a reverse voltage spike. To prevent it, set the CV voltage so that the voltage will not exceed this CV set voltage.
3) Act as Load Simulator
High-performance electronic loads can simulate various power states so they can be used in diverse applications instead of using a real load. You just select an appropriate electronic load that can exactly simulate your actual load with the waveforms in the example below;
Figure 1-8 shows that the test waveform current flows on a circuit.
Figure 1-9 shows the current waveform simulation example for lamp current.
Figure 1-10 shows the pulsed current waveform simulation example.